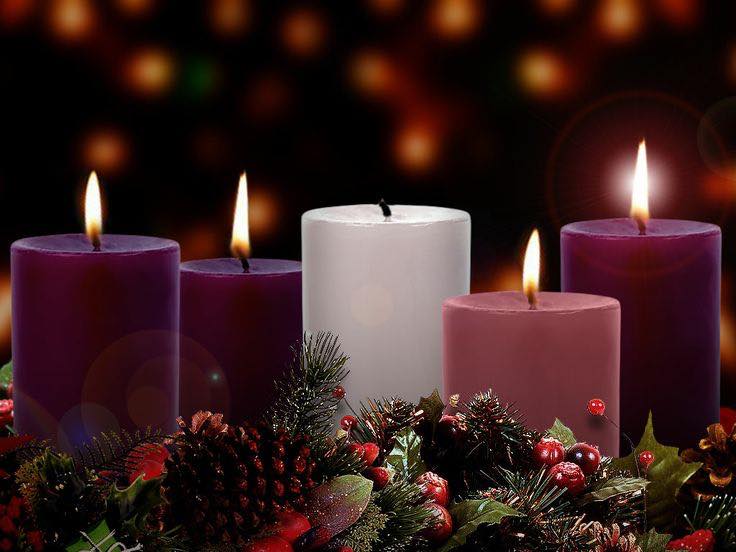 Lift Up Your Hearts: Let it Be Done

By saying those words, “Let it be done” I am not talking about Christmas. I am far from being a Mr. Scrooge or a Mr. Grinch. The only thing that keeps me from having more lights up are my lack of planning, need for more outlets, and apparently everyone else is buying lights this year and most of it is well picked over in the stores. I suppose you might think I could be talking about the coronavirus, mask wearing, and 2020 craziness. To be sure I think we all are kind of done with all of that, but I’m not talking about these things either.

This Sunday is the fourth Sunday of Advent and Christmas is fast approaching. Our Gospel for this weekend is from St. Luke’s account of the Angel Gabriel appearing to Mary. The story goes: “The angel Gabriel was sent from God to a town of Galilee called Nazareth, to a virgin betrothed to a man named Joseph, of the house of David, and the virgin’s name was Mary. And coming to her, he said, ‘Hail, full of grace! The Lord is with you.’ But she was greatly troubled at what was said and pondered what sort of greeting this might be. Then the angel said to her, ‘Do not be afraid, Mary, for you have found favor with God. ‘Behold, you will conceive in your womb and bear a son, and you shall name him Jesus. He will be great and will be called Son of the Most High, and the Lord God will give him the throne of David his father, and he will rule over the house of Jacob forever, and of his kingdom there will be no end.’ But Mary said to the angel, ‘How can this be, since I have no relations with a man?’ And the angel said to her in reply, ‘The Holy Spirit will come upon you, and the power of the Most High will overshadow you. Therefore, the child to be born will be called holy, the Son of God. And behold, Elizabeth, your relative, has also conceived a son in her old age, and this is the sixth month for her who was called barren; for nothing will be impossible for God.’ Mary said, ‘Behold, I am the handmaid of the Lord. May it be done to me according to your word.’ Then the angel departed from her” (Luke 1:26-38).

Just recently Pope Francis declared that this year would be a year dedicated to the intercession of St. Joseph, the foster Father of Jesus. This made me stop to meditate about what St. Joseph and Mary’s first Advent would have been like. What would the time of Mary’s pregnancy have been like? How much was His arrival anticipated? Of course, what we know from Scripture is that it was not always easy. In the Gospel passage we just read, Mary is an unsuspecting young maiden who receives a very surprising visit from the Angel Gabriel. Of course, there are probably very few of us, if any of us who have seen an angel before, much less an archangel. From what I am told they are not visibly like the little cherubs that we see depicted in much of the Baroque style of art. While actually having a little cherub appear all of the sudden in my room would probably frighten me, I don’t think that is what Mary experienced. The Angel puts her at ease, saying “Do not be afraid.” Then he described for her how she would be the Mother of God. The significance of this would not have been lost on Mary, who was one of the faithful Hebrews awaiting the Messiah. She seeks a little clarification, but once she receives it, she gives God her answer, “Let it be done to me according to your word.”

This is the answer that all of humanity needed to hear, because it is what allowed for the savior of the world to enter it. Of course, God could have saved the world in many other ways since He

is all powerful, but He chose to use Mary and Joseph. It was Mary’s ‘yes’ to God’s will set into motion the very saving action of God. Isn’t it amazing that God choses to use us to help accomplish His plan? It pleases him to do it this way. Mary is a wonderful example of embracing God’s plan by saying “Let it be done.” Let God’s word come alive in me” is basically what she is saying. For her, this is literally what happened. “The Word (of God) became flesh and dwelt among us” (John 1:14). It must have been so amazing for Mary and Joseph to anticipate the fulfillment of God’s incredible plan.

What about us? Do we look to God to share His plan for our lives with us? Do we look to Him with great anticipation and expectation, knowing that His plan is going to be amazingly fulfilling? Do we say to Him ‘Let it be done to me according to your word?’ When we do, we are in a very real way, asking that Jesus be born in our hearts and we are welcoming the word of God within us. Let Mary be an example for us as well as a companion and a guide so that we may learn to live every moment united to the will of God.