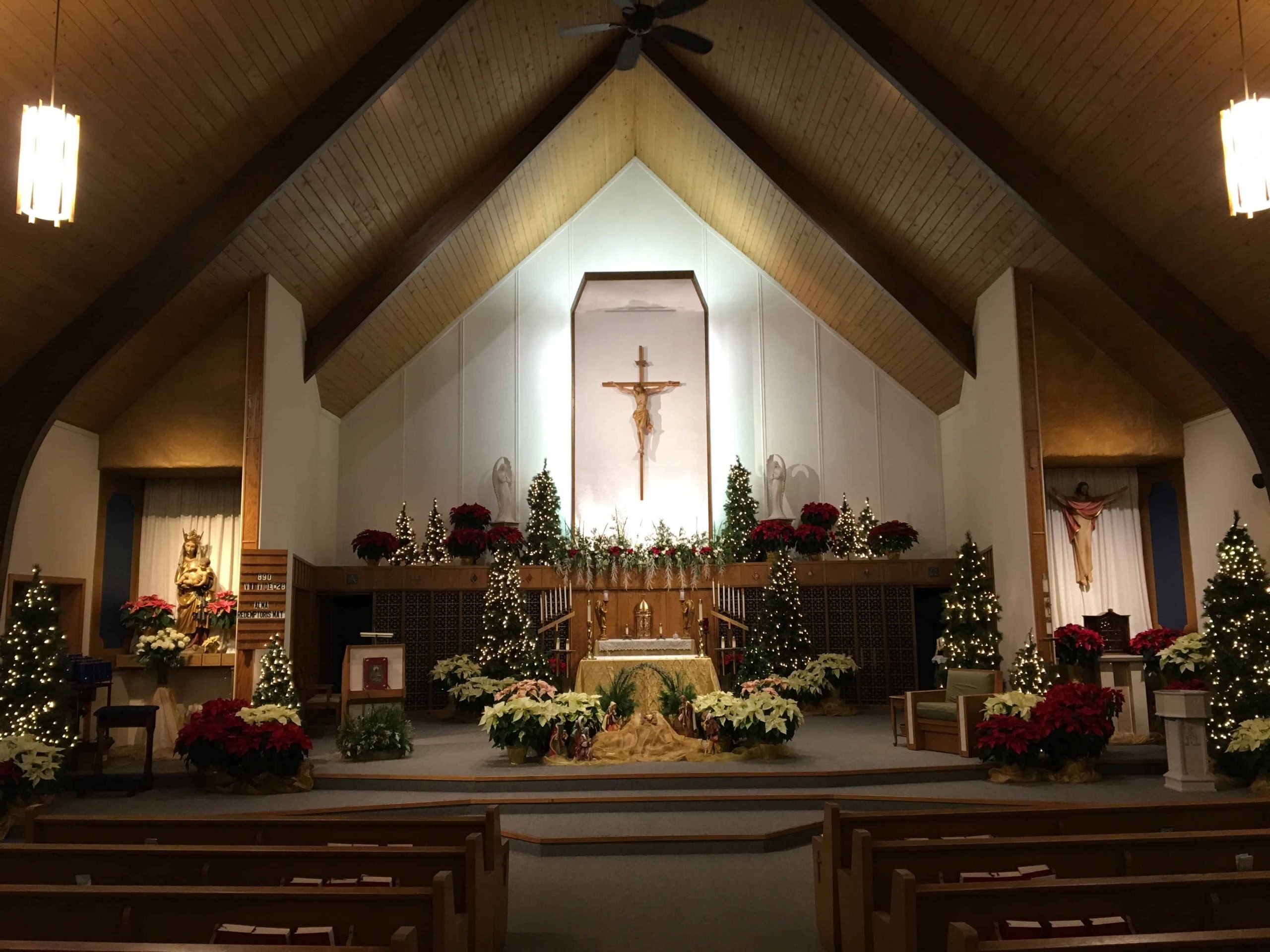 The Charlevoix Catholic church was established in August, 1890. The city was named after a French Jesuit missionary, Fr. Francis Xavier de Charlevoix. Bishop Frederic Baraga worked extensively in Northern Michigan and established over 9 missions. His missionary legacy extended all over Northern Michigan and it was through Franciscan missionaries tending to the Catholic settlers, in which our church’s humble beginnings started. In 1888, the congregation had grown and was too large to be ministered in homes and public meeting halls. In 1889 the current land was purchased and in 1890 the cornerstone for the original church was laid. In August of 1893, monthly Mass was started to be held. In June, 1894 Bishop Richter blessed the new church. In October, 1894 the church bell was purchased. It still remains part of the church today. In 1900, a priest assigned to the Petoskey mission began holding regular weekly services. Ground was broken for a new church in September 1963 to replace the original church. On August 23, 1964 the new church was dedicated.

Further historical information is available in the Parish office.