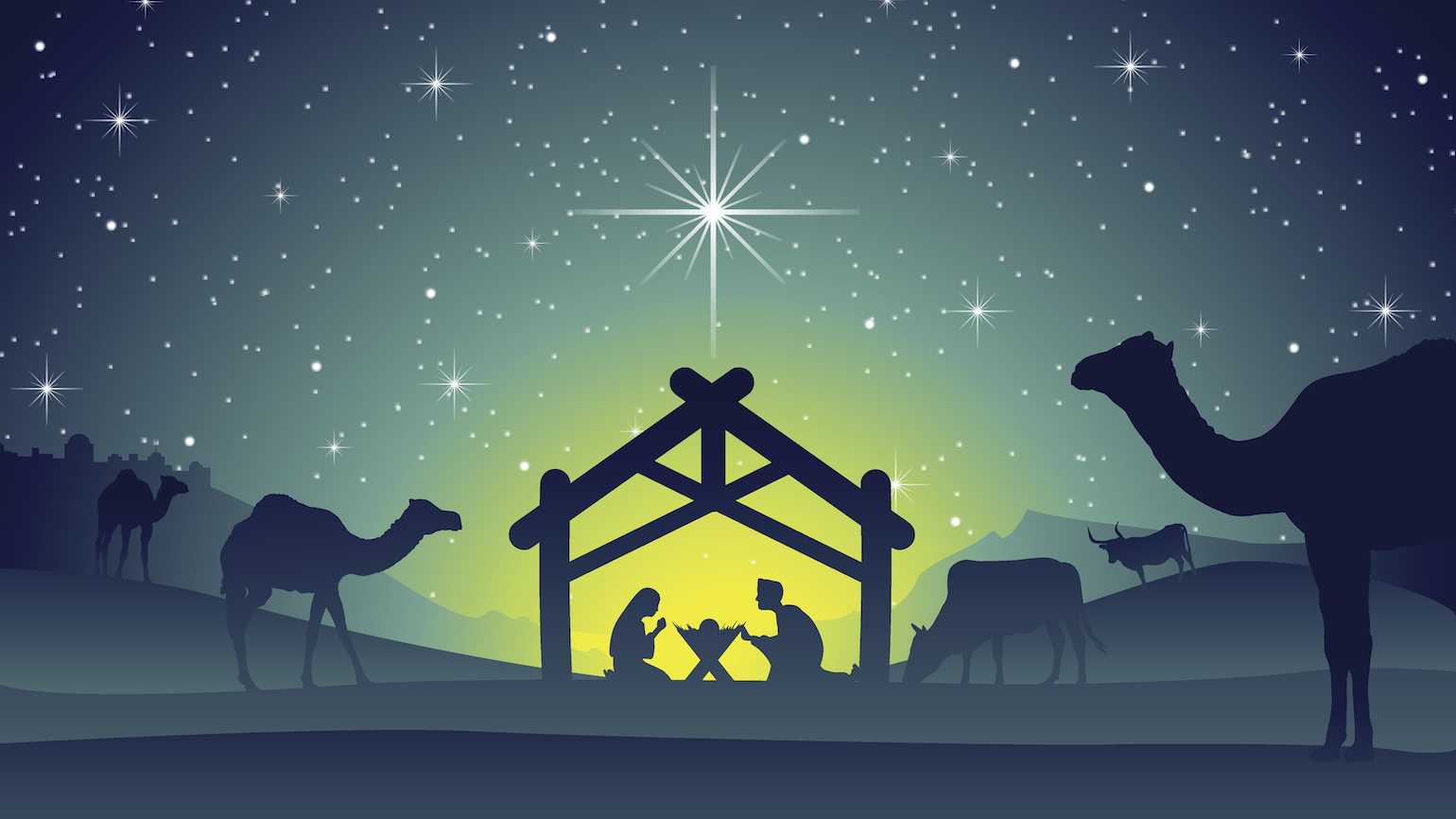 Lift Up Your Hearts: Christmas is Here!

Thanks be to God Christmas is here! There are so many reasons to say that this year in particular. I absolutely love Christmas. I know many may disagree, but I am one of those people who would feel gipped if I did not have snow at least for the Christmas season. I once had a college classmate tell me that she spent her Christmas vacation on the beach in California. My little Northern Michigan mind was not ready for that, and it still isn’t. So I sit here as it lightly snows outside and I happily reminisce about all of my wonderful white Christmases. I usually try to remain in the Spirit of Advent for the four weeks leading up to Christmas, so now I have a lot of last minute things that I need to do to get ready. I am always the last one to get my lights up, the last one to think about Christmas shopping, the last one to wrap my presents. This past Friday we had lunch together with all of our staff, with a gift exchange. I ended up wrapping my gift ten minutes after the party was supposed to start. I also have been stopping in at the various stores that usually have Christmas lights and I am finding that everyone has already bought them all, or at least the ones I was looking for. Oh well, I’m thankful that everyone is putting lights up and trying to celebrate a little more this year. It will be great to have more light in our darkness.

When I think about this past year, I am very ready for it to be over. The tumult that has turned most everything upside down has really tired us all out I think. The celebration of Christmas makes me reflect on both the beauty of Christ’s entrance into the world, as well as the tumultuous events surrounding His conception and birth. The Christmas Liturgy provides four different Masses with different readings for each Mass. There is a Christmas Eve Mass, a Mass during the night, a Mass at Dawn, and a Mass of the day. This way tho whole story is proclaimed and celebrated. So during Christmas Eve Mass we remember the difficulty that Joseph had in hearing that Mary was with child. Some think that Joseph wanted to divorce Mary thinking that she had done something wrong.  There are others, however, who say Joseph believed her, yet thought himself unworthy to approach such a great mystery. Not wanting to get in God’s way, or mess up God’s plan, he decided to distance himself from the situation. It the passage from Matthew the angel Gabriel said to Joseph “Joseph, son of David, do not be afraid to take Mary your wife into your home. For it is through the Holy Spirit that this child has been conceived in her. She will bear a son and you are to name him Jesus, because he will save his people from their sins” (Matthew 1:18-21). In the dream the angel Gabriel confirms that what Mary said to him about what happened was true, therefore encouraging him to take on his role as foster father.

We know that the difficulties do not stop there. We read from Luke’s Gospel at the Mass during the night. Here Joseph and Mary had to travel to Bethlehem for a Census. The Gospel of Luke proclaims “Joseph too went up from Galilee from the town of Nazareth to Judea, to the city of David that is called Bethlehem, because he was of the house and family of David, to be enrolled with Mary, his betrothed, who was with child. While they were there, the time came for her to have her child, and she gave birth to her firstborn son. She wrapped him in swaddling clothes and laid him in a manger, because there was no room for them in the inn” (Luke 2:4-7). Of course, we can only image what making that two week journey on a donkey would have been like. To make matters even more interesting, let’s throw in a pregnancy. We do not know exactly when they would have gone down to Bethlehem, although it would have been well into the second trimester at least since she spent the first three months with Elizabeth her cousin, the mother of John the Baptist. Most depictions of the journey portray Mary and Joseph rolling into town just as Mary begins to go into labor. Again, we are not sure, but this way of telling the story certainly adds to the suspense. The next difficulty, was not finding any comfortable lodging. Jesus, the King of kings and Lord of lords was literally born in a barn, because all the Inns were full. How much this would have distressed Joseph and Mary. But they accepted it.

For the next two Masses, the one celebrated at dawn and the one during the day, the focus is on the good news of Jesus’ birth and the proclamation of the angels to the Shepherds. The Word of God has become flesh in the person of Jesus Christ. This of course is no small ordeal for Him. St. Paul tells us in his letter to the Philippians that “Jesus did not deem equality with God something to be grasped at, but rather He emptied Himself and took on the form of a slave, being born in human likeness. And being found human in appearance he humbled himself and became obedient unto death, even death on a cross” (Philippians 2:6-8). The second person of the Trinity chose to come down from the heights of heaven to the lowliest of human births, all for our sake and for our salvation.

The beauty of it all helps me to put the difficulties of my life in perspective. I would not say that the Lord wants us to feel that our struggles this year are insignificant, not in the least. Rather I believe He would tell us, ‘I have come to place myself alongside you in your suffering. I know your suffering and I understand it. Let me help you to make sense of it all and to bring you peace and joy in spite of it.’ I believe He gives us, in the difficulties that He faced and the tumult that He experienced, good reason to trust in Him. Therefore, as we come to this Celebration of Christmas let us entrust to Jesus all of our needs and desires, and all the ways that we have struggled this year. I pray that He might fill you with His healing and peace and I hope that you all have a very blessed and joyful Christmas Season.